You are here : Presentation > Keys dates 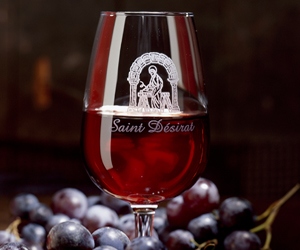 1969 :  The decree dated 15 June 1956 pertaining to the extension of the area SAINT-JOSEPH is amended by decree dated 5 June 1969.
As of that date, the region covered by the appellation encompasses 23 communes in the département of Ardèche and 3 communes in Loire, totalling 6,002 ha.

1990 :  The ‘Société Civile d’Exploitation Agricole de Rochevine’ set up, which at that time owned 1.5 ha of Condrieu and 20 ha of Saint-Joseph.

1991 :  Beginning of works on Saint-Joseph hillside vineyards, planting of 6 ha on terraced vineyards situated opposite the winery. Acquisition of pneumatic pressing machines.

1992 :  First harvest of Condrieu. Planting of 9 ha of Saint-Joseph on terraced vineyards. Creation of a bottling and storage cellar with an area of 2,000 m².

1997 :  Conversion of a former railway gallery into premises dedicated to the promotion of regional wines (holding 700 people), signage of a 1.4 km walking trail through the vineyards. Current area of the vineyard: XXXX

2000 :  40th anniversary of the Winery, with a further extension of 900 m² on 2 levels, including a vaulted cellar for ageing and maturing Saint-Joseph wines in casks (800 casks). First Cuvée of Saint-Joseph red Septentrio.

2017 : Modernisation of Saint-Désirat winery, with significant works to create a larger, more modern sales and tasting area, associating wood and stone to welcome 70,000 visitors per year. Creation of a guided tour of the cellar in 3D using VR glasses and 360° films.

2018 : Creation of a Discovery Trail for the Domaine de Rochevine (Domaine de la Cave). Featuring 10 fun and instructive information points, the trail will cover a distance of 3 km. Aided by a route map, it will help visitors discover the history of the Winery and vineyard. Winner of the “Vue sur Vigne” prize 2018. 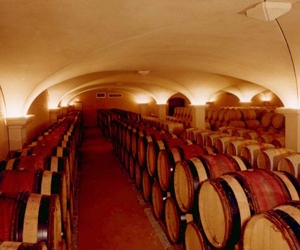 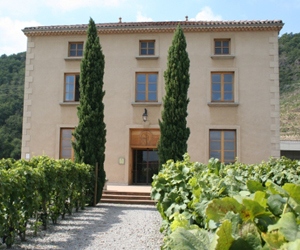